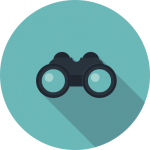 Our vision is to be a leader in the South African transport industry. We intend to change the way our clients experience transport by giving them reliable, quality and smart logistic services that will reach beyond their satisfaction. 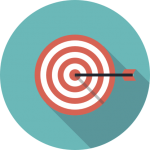 Our mission in the logistics industry is to provide safe, economical, efficient and reliable transportation services across every Southern African region in which we operate. We are committed to providing excellent logistic solutions that address the needs of every client economically, environmentally and collectively.

"We strive to provide the best possible service and with hard work, team work, focusing on one goal and attention to detail, we are able to provide an excellent service for our customers”

⚑ SERVICE- We are committed to delivering what our clients want, with a standard beyond your satisfaction.

⚑ TRUST- We know that trust is an essential for effective management and team work.

⚑ SAFETY- In transport safety comes first. We take great lengths to ensure the safety of our customers and clients.

⚑ FOCUS- We are dedicated to what we do and keep our focus on being a master in the transport and logistics industry.

We're a transport company with solutions shaped and focused on giving our customers the most viable transport and logistics services in every way possible. Delivering significant, measurable value isn't just a target; it's embedded in our company’s philosophy. Together, our devoted family of employees strives to deliver a level of services that stretches beyond your satisfaction.

Kolaine Transport, also trading as ,Uni Freight, is an independent transport company based strategically in Harrismith, Free State.   The company evolved from our founder, Kobus van Tonder, exiting farming and starting a career in logistics. Kobus has been directing Uni Freight for more than 30 years. He started his transporting career in 1984 as an owner and driver with one truck. Today Uni Freight hosts a fleet of over 100 transport vehicles. The business has become a family business with Kobus, his wife and all his children being involved.

Our transport services spread nationwide to all South African regions and extend internationally to specified Southern African countries. We still have strong ties among the farming communities and have grown to serve a diverse range of commercial industries. We have formed exclusive partnerships in the mining industry by embracing innovative technologies that have entered the transport industry. Previously, certain commodities could only be moved by tipper trucks, but by implementing new load technologies we can now move the same products on Taut liner trailers.